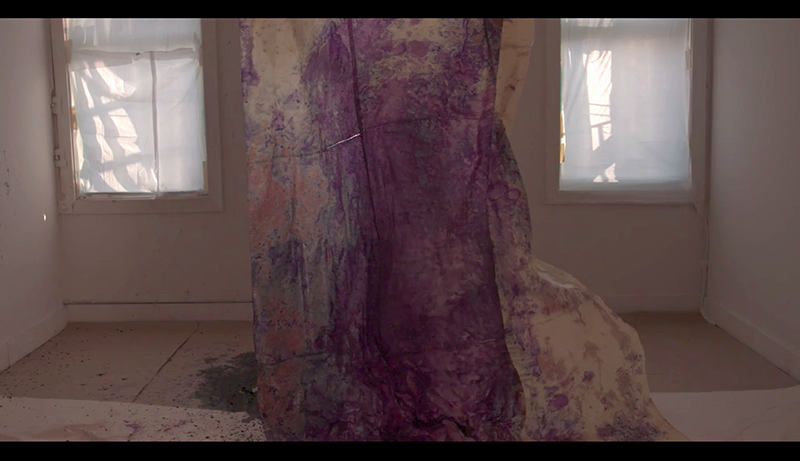 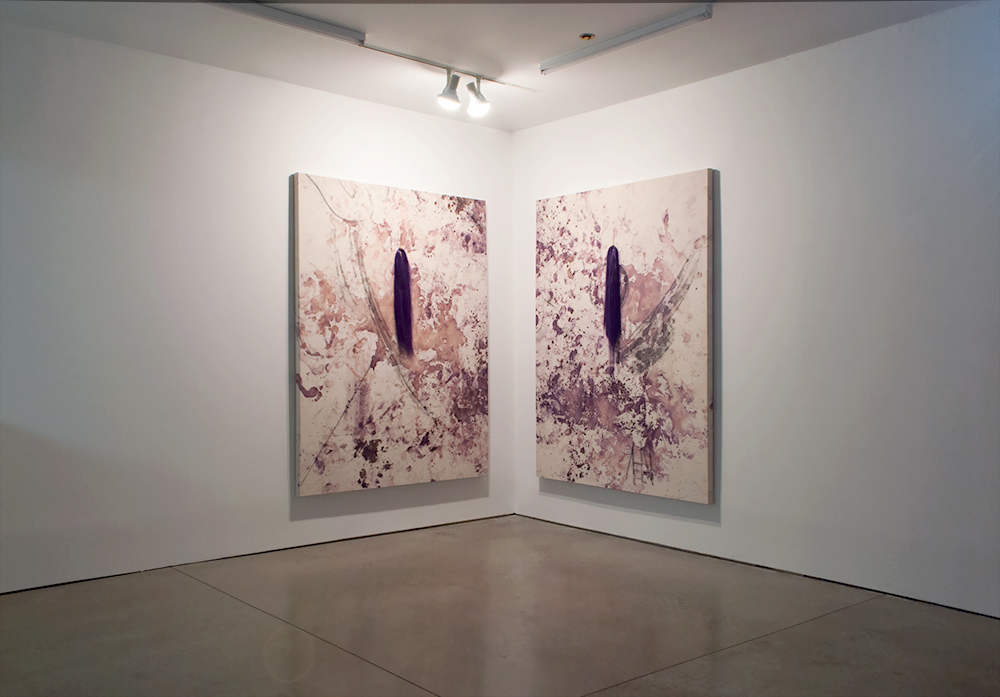 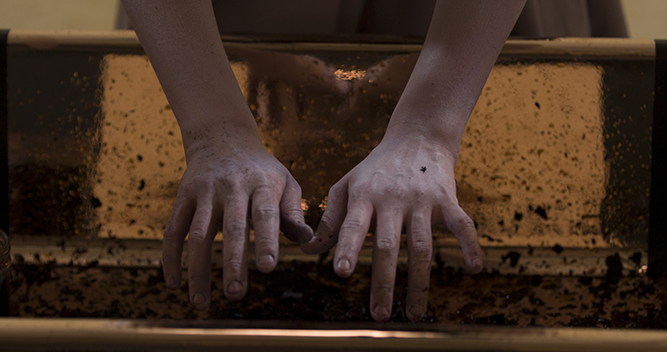 curated by Courtney Willis Blair for the Special Projects at Ryan Lee Gallery, 2014

Blair: "...Within Ahn's multi-disciplinary practice, she uses performance and multimedia to extract moments of ephemerality and consciousness from patterns of human behavior. The elements of body, time, space, and sound act as structure for her to activate spaces and instigate what she considers her allegorical Self. Rooted in a painterly practice, Ahn's performance invest the painting process. exposing the privileged element of privacy.
Employing a precise conceptual framework, Ahn revisits icons that reoccur throughout histories and mythologies. As a divine version of herself in Lavender, Ahn considers personal identity. She takes on the role of the ghost nymph, a vessel used to personify the irrational world of intuition and instinct. Ahn rhythmically addresses the progressing cyclicization of limits, common to the reactions to traumas, such as fear, hunger, rejection, doubt. and jealousy. The hanging paper and works on canvas trace her ghost's physical encounters of the performance in video. Reconstructing a character whose inherent qualities struggle with pleasure and suffering. Ahn address the limits of response. In turn, the performance produces painterly objects that exist as documentative relics of the moment. On view is a selection of these objects (paintings on Hanji and canvas), as well as the single-channel video of the performance. 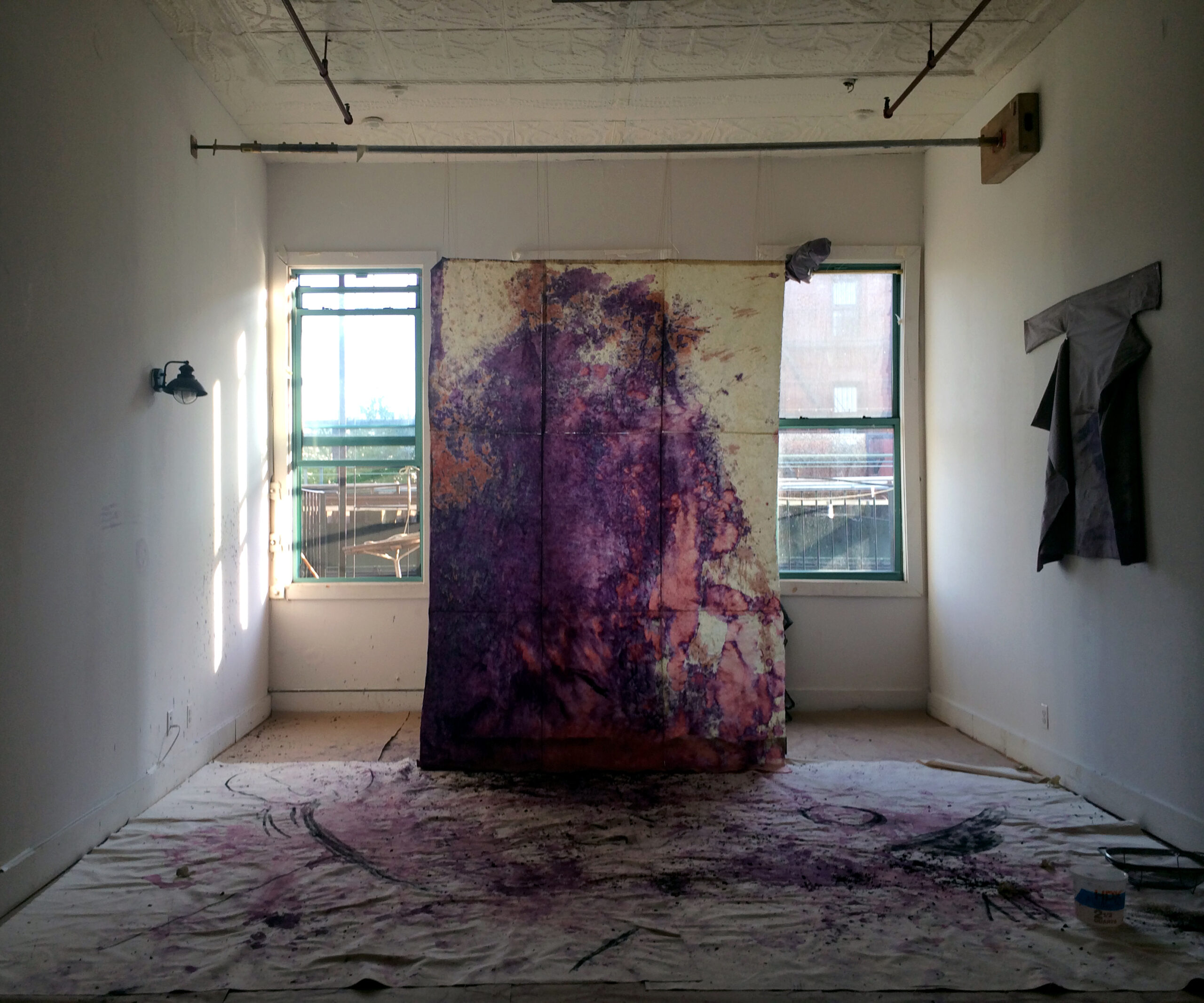 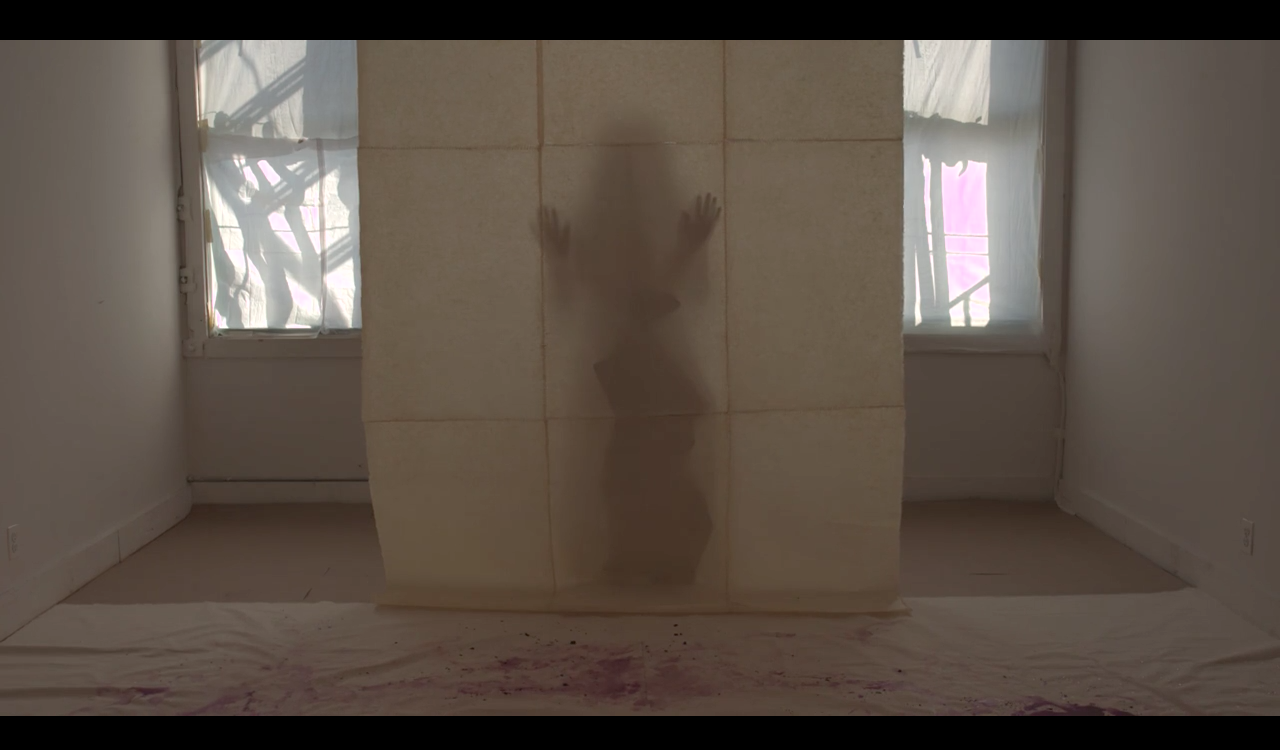 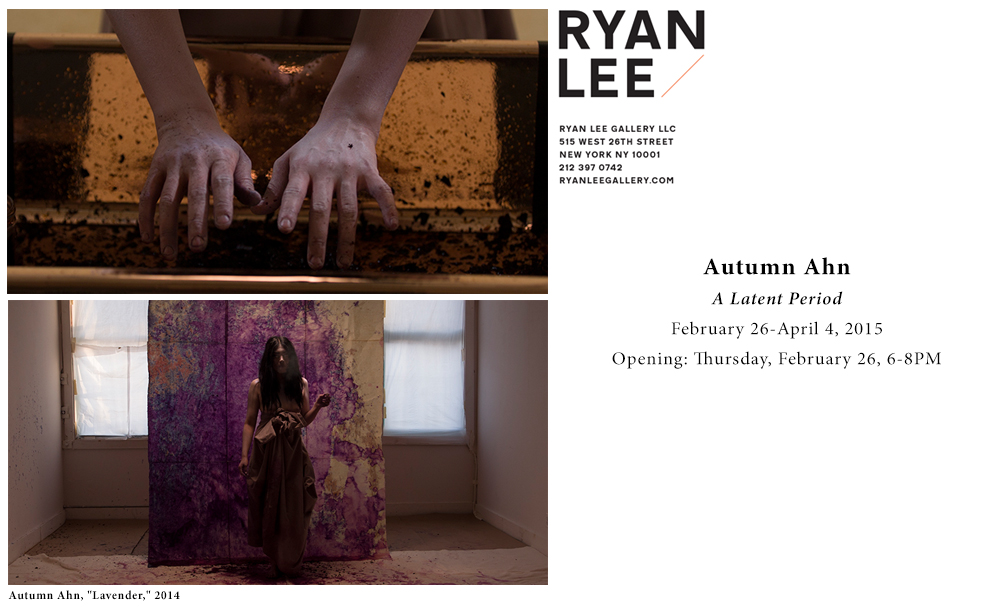